It took longer than we thought it would, but we are very excited with our totally new website!!  Please take a look and give us your comments.  Just “click” on the photo below to take a tour.  Thanks!

How much will it cost per square foot?

I am a residential architect, and almost every potential client that walks in the door wants to know “How much per square foot does it cost to build around here.”  For many years I had a casual, commonly accepted number for that question. Then about 15 years ago, after a spate of inflation I found out I was suddenly off by about 25%, so I set out to get more scientific about tracking what our houses cost.

In trying to systematize our price data it became apparent I needed to have a systematic way to compare buildings with different components in order to get a universal kind of square footage.  Unfortunately, having this universal square foot number doesn’t by itself solve problems when talking to clients because they have run into many different descriptions of square feet – with no disclaimers attached.  Generally, people selling houses want them to seem big so the 25’X40’ sq. ft. screen porch might well be counted as 1000 sq.ft. of living space in the Realtor’s description. On the other hand when someone has been told that it cost’s “$200/sq.ft. to build a house” they want the number of square feet to be as small as possible so the estimated cost is less—and then they multiply only by the interior “heated” sq.ft and get that screen porch for free.

Of course reality lies in between. The screen porch isn’t free, but it doesn’t cost as much as heated finished space.  To get an universal “square foot” we have developed a series of fractional multipliers that we use to get what we call “factored square feet” (see spreadsheet ).  We start with the Gross Heated square feet. This is a reasonably accepted industry standard. The floor area measured to the outside of the rough walls–as the building is dimensioned. We get this for all finished floors and total it separately, because this number by itself has other uses–for solar calculations, bank appraisals, real estate questions etc. This is Total Gross Heated Space, and it is definitely what a lot of people think of as “The square footage of the house”–but it is just the beginning.

Two story spaces we calculate and multiply by 0.5. It is an industry standard that cathedral ceilings are 1.5 times spaces with flat ceilings, (remember we have already gotten the basic floor space in our “Gross heated space” so this 0.5 is adding to that). Does it really increase the cost of a room 50% to have a cathedral ceiling? If that ceiling has open beams and lots of skylights and balconies overlooking it, it may be more than that. If it is simply a cathedral ceiling, probably not–but this is an empirical way of comparing dissimilar buildings so some simplification of reality is called for. In my experience, micro adjusting these multipliers is not wise, because it implies a level of precision that this methodology doesn’t have. This is good for a first look. When you want to know what it will really cost, spend the time and “stick it out”.

What of the other spaces???

Full basements: We usually add 10% for them. Why not more? In Maine if we use frost walls they are probably 5’ deep anyway, and we always put a “rat slab” in the crawl space, so going to 8’ doesn’t add that much. Multiplier = 0.10.
Attics: If they are really unfinished space under the roof eves with only a plywood subfloor we usually take them at 20%. If its just trussed space we see it as part of the roof and add nothing. Incidentally I usually don’t count space under the eves behind knee walls that are under 4’ high at all in my floor calculations, so adding 20% for a real attic (which is probably more than it costs) tends to compensate for throwing away that square footage. Multiplier =0.20.

Insulated Garage: We think is about 40% of the cost of heated house space. They usually have a good deal of mechanical stuff in them, good windows, expensive doors, a shop work bench, maybe a stair up to a second floor “attic”, but they are inherently simple spaces.
Multiplier = 0.40.

Uninsulated or “Raw” garage: We usually use 30%. Because there is less of the above reasons. Multiplier =0.30.

Covered decks, screen porches, and roof decks over inhabited spaces we take at 40% because they involve lots of expensive finishes and detailing. Multiplier =0.40.
Open wood decks we figure at 20%. We find a deck with PT framing and WRC surface, some stairs, railings; some built in seating goes currently for around $38/sq.ft. which is about 20% of heated space at $200 sq.ft. But, you think, what if the house is a luxury model at $300 a foot, the deck won’t increase to $60 sq.ft. Won’t it? Won’t it in fact be a granite patio or be made out of South American Ipe on that level of house? If it truly won’t, then reduce the multiplier–but don’t say I didn’t warn you.  The point of this is that the multipliers should reflect the kinds of buildings that you build so that the “Factored sq.ft. number” that you come up with for your buildings will allow you to compare dissimilar buildings.

When we develop a square foot sheet for a house that is at all atypical we often times will adjust the multipliers to be what we feel is a more accurate reflection of this particular building–but they rarely change more than .10 up or down. The important thing is to go through the exercise, and to realize this is only a first look at a building–before you really have enough information to truly cost it out.

Our clients often want to massage these numbers. I resist this, because the only way they get massaged is downward. If a 1000 sq.ft. 2 story space is multiplied times 0.5 it adds 500 “factored sq. ft.” to the house square footage. If that is multiplied times a sq.ft. cost of $300/sq.ft it amounts to $150,000.00. Surely it doesn’t add this much to the cost. It probably doesn’t, but other areas might add more and if we only reduce the areas that seem too high we will end up with a very optimistic estimate.  When we resist our clients efforts to massage this spreadsheet it has proven to be a pretty good predictor of building costs.

(Note: Northcape Design/Build has adapted Robert Knight’s system with his permission for our own “Estimated Project Budget Range”. This system provides budget guidance for our customers in the very beginning phases of each project using comparisons from similar projects that we have completed.)

A Few of the Services We Offer

Over forty years of crafting award-winning housing projects in the Lake Sunapee area of New Hampshire has earned Northcape Design-Build a reputation for superb craftsmanship and careful attention to detail. From new construction to historic preservation, room additions and major renovations, our team is committed to crafting homes with exceptional quality and providing you with a seamless and enjoyable experience

Will we work with your architect? Absolutely. We will work closely with you and your architect during the design process because we want to make your dream a reality. If desired, we will review each version of the plans and offer advice with respect to building layout, construction methods, materials and building systems, as well as recommend alternative solutions when design details might affect construction feasibility and costs. Throughout the design process, we will provide you with rough estimates of the budget.

Our homes utilize the latest building technology which makes them safer, healthier and more efficient. We have extensive experience with the State Shoreland permitting process and have represented our clients in front of local Zoning Boards. From a 2,000 square foot vacation cottage on the lake to a 19,500 square foot hand-scribed log home perched on the side of a mountain, we thrive on finding solutions for building homes on unique lots.

Unlike many builders, we love renovations and additions; in fact, we complete more renovation projects than custom homes every year. There is a real challenge to designing an addition or renovation that seamlessly integrates into an existing home and that challenge excites us. Whether it is a single room makeover or a whole house renovation, our design-build team will work hard to deliver the perfect renovation or addition to your home.

Sometimes the best solution to your lifestyle outgrowing your home is to build a new space. We have designed and built numerous garages with attached guest quarters, storage barns, garden “cottages”, outdoor living pavilions, gazebos, boathouses, golf simulators and even a squash court. The possibilities are endless, so what would you like?

With both a Certified Aging In Place Specialist and an ASID certified interior designer on our team, we are uniquely qualified to design and complete condo renovations. We have extensive experience working with many of the area condominium associations and whether it is a simple cosmetic update or a complete makeover, we can advise our clients on the best ways to make their homes safer, more comfortable and lifelong.

Wouldn’t you love a new kitchen, master bath, office, den, home theater or outdoor kitchen? At Northcape Design-Build, we carry three outstanding lines of cabinets and display beautiful cabinet hardware in our showroom. We only work with the best countertop and appliance suppliers in New England and employ a talented design staff that will take your ideas and turn them into an exceptional and beautiful completed project.

We are thrilled to welcome award-winning interior designer Patricia Westgate onto the Northcape Design-Build Team. A graduate of Newbury College and a member of the ASID, Pat worked at the Expo Design Center in Boston before managing a design center on Cape Cod for several years. Pat is available to help you with any aspect of your interior design project, such as upholstery, drapes, blinds, furniture, color selection, space planning and more.

Some of our Featured Projects 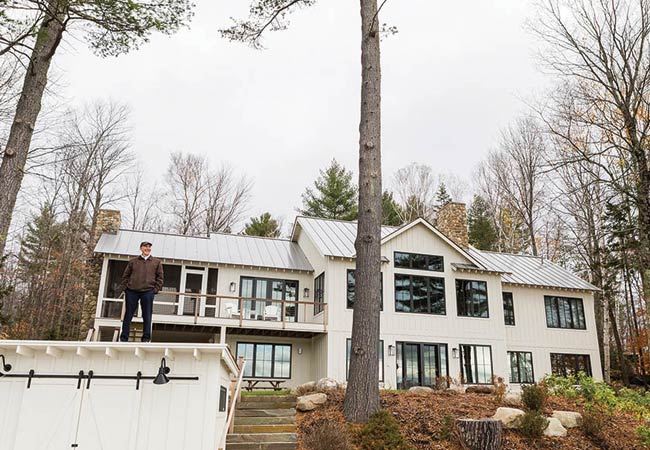 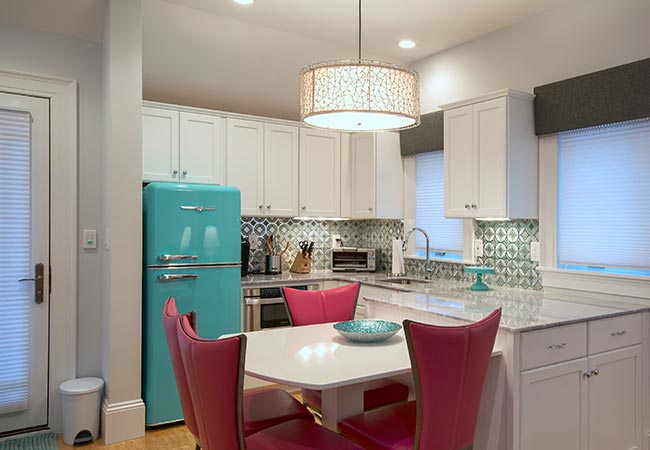 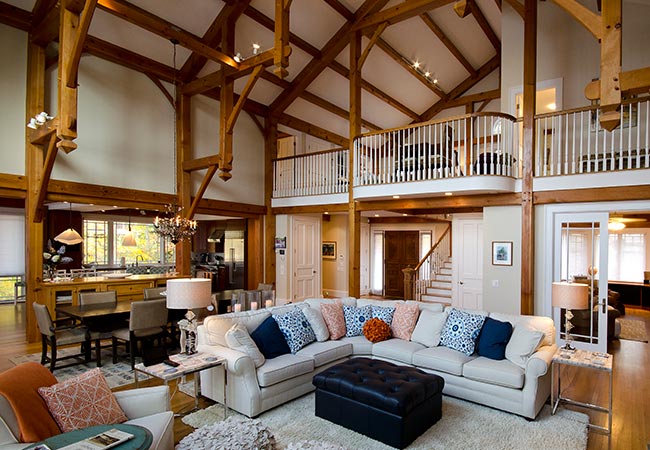 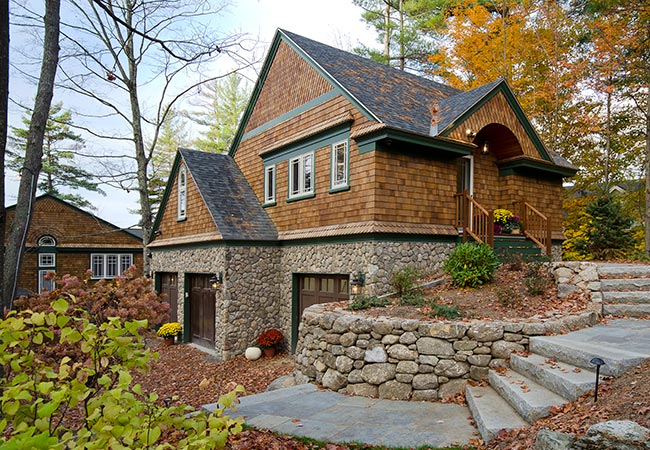 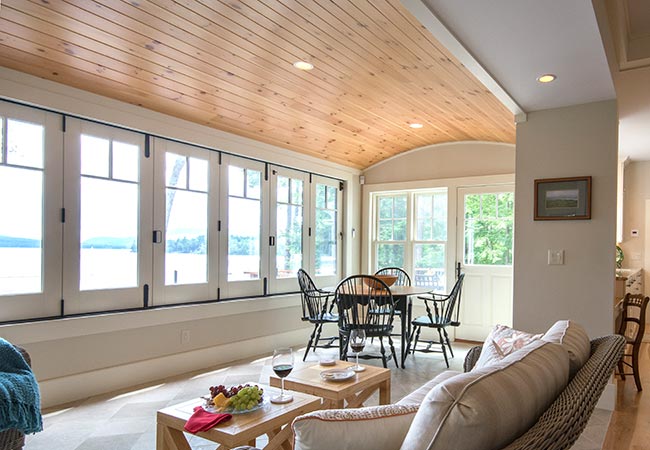 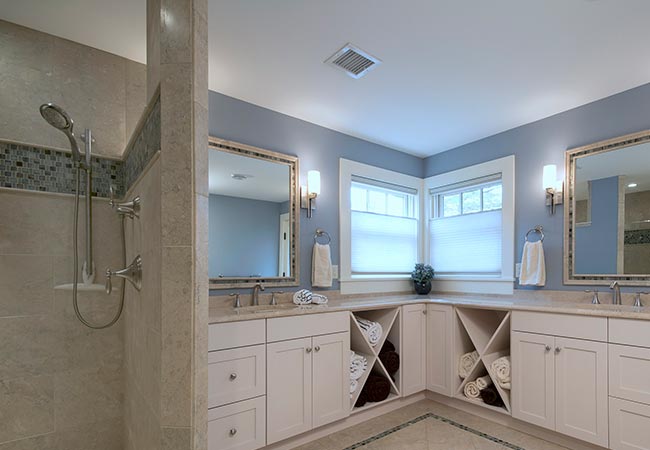 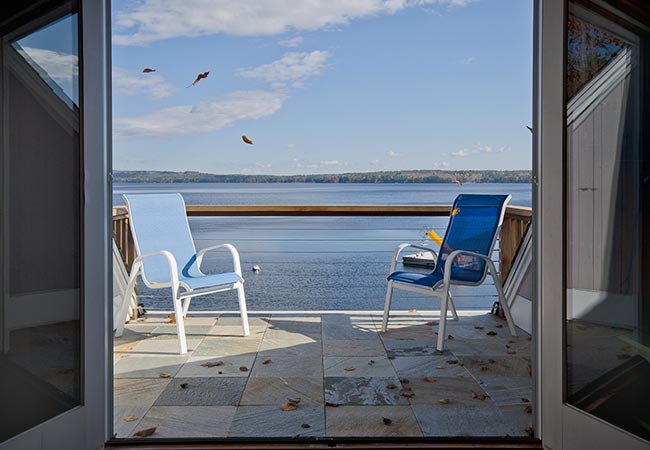 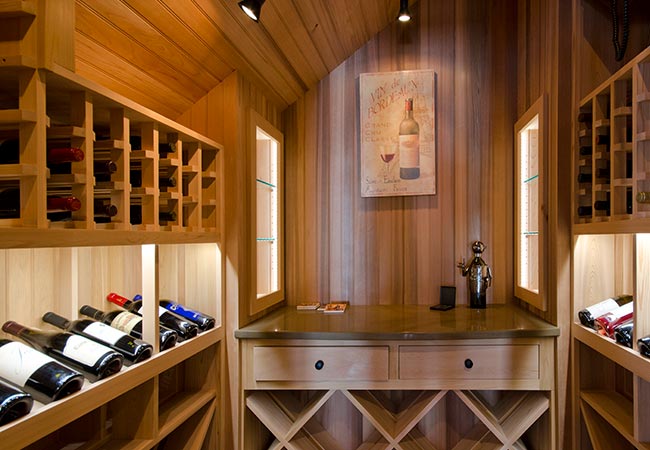